Girls Basketball Back at State 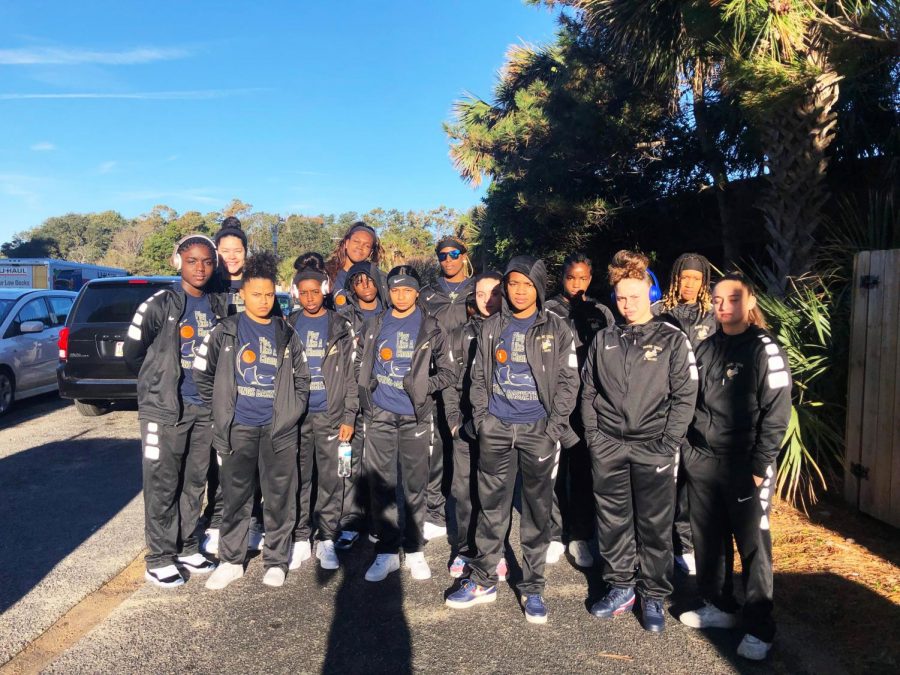 The Lady Stings beat Lourdes High School for the chance to compete at the state level for the 3rd year in a row .

Coach “Boozer” Baumgarten and the girls’ basketball team are demonstrating what they’re made of this season.  They are amongst some of the best athletes in Miami Dade.

The girls are currently on a journey to catch the state title they could almost taste last year. For the Regional quarter finals game on Valentine’s Day, the Lady Stings hosted Everglades High in the Asylum and won 66-31.

Five days later, on February 19th they faced Miramar and didn’t flinch, taking another win with them, 55-38.

On February 22nd they played the decisive game which would determine who would have a spot in the state’s finals. The girls played an away game against Lourdes High School and undoubtedly gave it their all. Lady Sting Darria Whitley says the gym was super packed. The final score on the board was 64-33 favoring Miami High.

Now the next step for the Lady Stings is playing head to head in Lakeland against 2 other regional champions. The first game will be played on March 1st against Oak Ridge High school. The outcome of that game will determine if they’ll play the cutthroat game for the overwhelmingly sought-out State Title on March 2nd.

To support the girl’s basketball team, a Fan Bus has been arranged for students to attend the State finals game. To secure a seat at the game in Lakeland, tickets are being sold for $10 in the activity’s office.

Prior to their state run, the girls won the GMAC title at home on January 31st against Norland High School (61-42), where junior Coleen Buckner put up 25 points and 15 rebounds. Baumgarten said she was “outstanding.”

On February 8th they became districts champs by beating Krop High School (55-54) at an away game. Before that, they won a semifinal district game against Hialeah High School on February 6th by a landslide, 71-29, clearly unstoppable. Coach “Boozer” recognized senior point guard Shekinah Rachel on her performance in that game.