From Fiction to Addiction 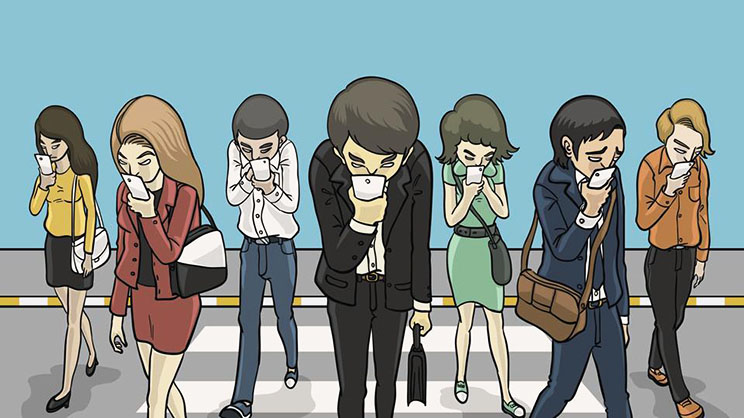 Your best friend texts you to talk about some gossip that has been going around the school lately, and you spend a couple of hours talking not only to her but to others. Later that night you remember you have to study and do some homework, and by the time you are done, it is around 2 in the morning, but you must wake up at 6 to go to school the next day. Since you had little sleep you will not be able to focus that much in school and your learning curve will keep decreasing as the time passes by.

We live in a new era in which people are so attached to electronics, they ignore all the humans around them. “You don’t want to become too dependent because you lose all social skills, and I think that is a big part of growing up. That’s going to affect your relationships when you are older,” stated Miami High principal Mr. Valdes.

Every single teen in this school forms part of “Generation Z”, even though many don’t know that term. We are roughly criticized every day for our excessive use of technology by our parents and teachers, yet we are not the only ones that have lost our human touch due to this issue. Lautaro Grinspan, reporter at the Miami Herald said, “You also see a lot of young adults more than kids in their cellphones, and teens get unfairly criticized when it comes to this issue. The heaviest technology user I know is my dad.”
“You don’t want to become too dependent because you lose all social skills, and I think that’s a big part of growing up. That’s going to affect your relationships when you are older.”

Mr. Valdes, principal of Miami High
Ms. Terry Peyno, lead teacher of the Law Magnet program, mostly utilizes her phone for, “Social media, resources and Pinterest,” and even though she might not spend as many hours on the phone as other people, she said that these platforms take over nights out with friends and sometimes time from her classes.

Some of us have something that I call a hand extension, which consists of a phone attached to our hands since we use it so much. Some use it so frequently, that a whole day could pass by and we have not done our homework or studied. Some students like sophomore Jose Torres said that he utilizes his phone on an average of 10 hours per day. He does not like utilizing FaceTime because he might not look good, but if it is a serious topic, he prefers other types of communication.

So, if this is something that could influence us in such a negative way, why do we use technology so much? The thin layer between real life and fantasy gets practically erased, which means we live in the life we would love to have. We show off our highs and most of the times hide our lows, and create the lives of our dreams, making us hope that one day we will achieve them.

“You also see a lot of young adults more than kids on their cellphones, and teens get unfairly criticized when it come to this issue.”

Lautaro Grinspan, Reporter for the Miami Herald
Restrictions to stop this addiction have been enforced in certain classrooms in school. For example, in English teacher Ms. Anderson’s classroom, she collects students’ phones when class starts. This way students will not get distracted with topics that might not be important during school.