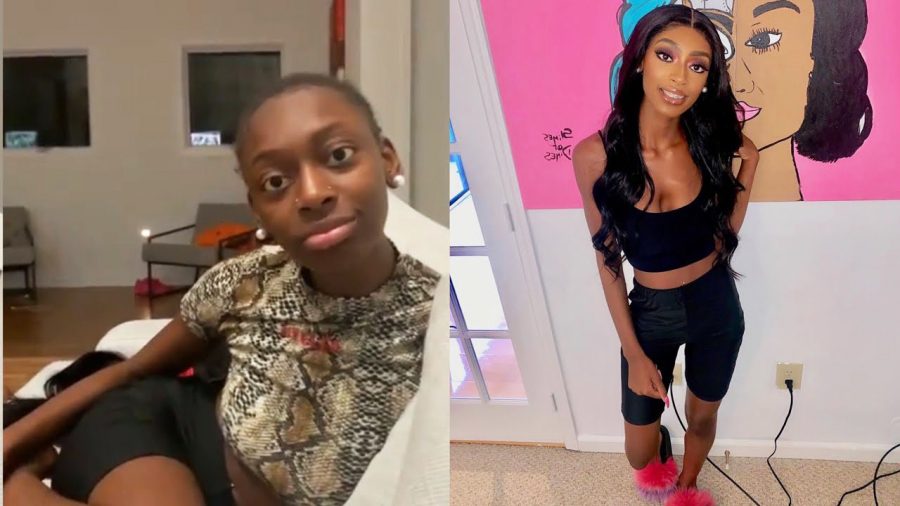 Kayla Nicole Jones is an American YouTube and Instagram star known for her funny videos and music.

In 2015 Kayla released her first video at age 13 titled, “When someone has an ugly baby,” which later attracted 773,000 views on YouTube.

Junior Triana Romero states not only is Kayla Nicole funny and a great singer, she’s also talented and maintains a positive vibe that young viewers can look up to.

Kayla Nicole’s videos have attracted a wide range of audiences and she always seems to cheer her fans up. From comedy to beauty tutorials to vlogs, Kayla attracts many young viewers’ attention.

One of her most popular videos is “How to be on fleek,” which had 1.1 million views in May 2015. One of the most viewed memes on Instagram came from her video titled, “Ponytail Tutorial” which gained 10 million views. Her videos of doing her hair have generated so many memes that there’s a Twitter thread dedicated to them.

Junior Jadie Juarez’s favorite meme is the one where Kayla Nicole looks down at her phone. “It’s my favorite because people have recreated that meme and added their own little twists to it on many social media platforms including Tiktok,” she said.

Junior Venus Galban’s favorite meme is the one where she says, “Are you for real? Nah, you for fake,” because it always makes her laugh.

Eighteen year old Kayla Nicole spreads positivity, creativity and relatable content in her posts. The young star was born on May 26, 2001, in Montgomery, Alabama. She later moved to Vestavia Hills, Alabama where she created her YouTube channel in 2014.

A singer, Kayla Nicole is also promoting her new single called, “Decisions” which is available on Itunes. Her singing quickly attracted many listeners’ attention.

Freshman Anthony Barahona insists more people should listen to Kayla and recommends his favorite song “Late Nights” because “it’s nice to vibe to,” he said.

Freshman Carlos Lux admires her lyrics. His favorite verse from Kayla’s song “Recuperate” is, “Don’t love me. I’m not changing who I am.”