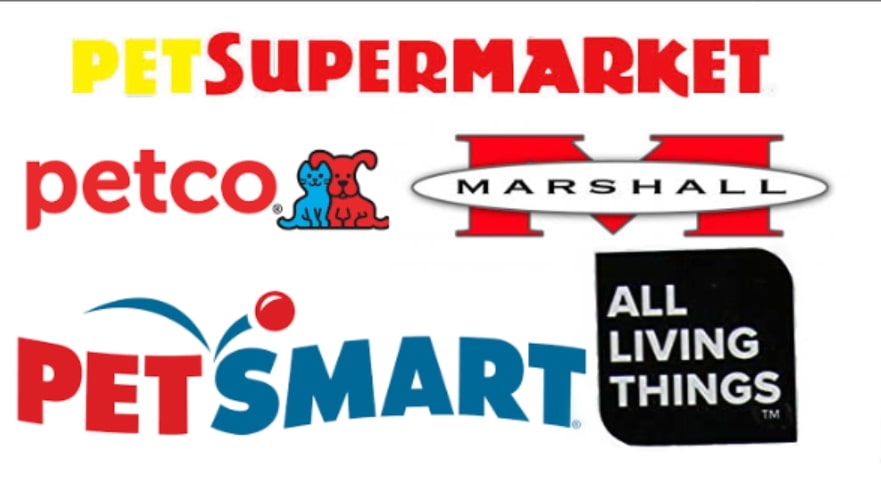 I remember when I was younger, I used to have a pet rabbit. When I first got it, I went to PetSmart to get a few supplies for it. One of the employees recommended a 3”x2” metal cage and said I should feed the rabbit carrots. Sadly, my bunny didn’t live for more than a month.

The cause of death was most likely stress due to being in a small cage or the very poor diet of only carrots. According to the article titled “What can rabbits eat? Rabbits diet myth RSPCA”, posted on the website for Royal Society for the Prevention of Cruelty, rabbits don’t naturally eat root vegetables/fruit. Carrots/fruit are high in sugar and should only be fed in small amounts as occasional treats.

There are so many pet brands and pet store employees out there that sell stuff that isn’t safe for your pet, such as PetSmart, Marshall, All Living Things, Kaylee and so much more. These brands are known for selling food and treats for small animals that could be extremely harmful to them.

The brand Marshall has a shampoo marketed towards ferrets called “Tea Tree Shampoo”. However, according to the article titled “Common Household Poisons and Dangers for Ferrets” by Erinn Whitmore, posted on the website for AFA Education Committee, “Tea tree has been found to be extremely toxic to ferrets.”

This brand Marshall also sells food for ferrets with vegetables in it, but if you know anything about ferrets, it is that they cannot digest this. Feeding ferrets vegetables and fruits could cause your ferret an intestinal blockage which could lead to death.

The brands All Living Things and Kaylee are also heavily sold in any pet market you go to. They sell a lot of cages for small animals like hamsters, rats, and guinea pigs. If you ever had any of these animals growing up, you probably had them in this plastic colorful small cage that an employee recommended. These types of cages are not suitable for hamsters, rats, or guinea pigs, because they will get stressed which leads to depression, which leads your pet to become more open to illnesses. That’s why most hamsters in these cages usually don’t live for very long and become aggressive and angry towards their owner.

These same brands and shops also get their animals from really bad breeders. When adopting a pet, they never show you all of the breeders they get the pets from. They only show you a list of their best breeders with no records of abuse. A lot of ex-employees have come out talking about all of the extremely bad breeders they try to hide from customers. Most of the dogs come from puppy mills and abusive places.

A company that does this is Marshall. Not only does this company sell supplies for animals, but they also breed a lot of small animals. They mostly breed ferrets. Most of these ferrets go for testing or to adoption. 80% of the ferrets in the US come from their breeder. The ferrets they have for adoption in stores like Petco, PetSmart, Pet Supermarket usually come with ear mites and other sicknesses and have a way shorter lifespan than most ferrets.

Shops like Petco, PetSmart, Pet Supermarket keep selling all of these bad products even after knowing how harmful they could be for animals.  A solution for this is to not buy anything from brands like Marshall, All Living Things, Kaylee, and other similar brands.

The more you buy from these brands, the more you will be supporting them, and therefore the longer they stay in business and produce these harmful products for pets. Instead, try supporting small shops and businesses that you know are safe and care for your animals.

My Life with Animals

I love animals and really love carrying for them. For as long as I can remember, I’ve always had a pet. My first ones were two small mice. I got them when I was around 4 but had to give them away after a week because my parents didn’t like how bad they smelled.

About a year later, I begged my parents for a dog, and they finally got me Fito, a chihuahua mixed breed that is extremely sweet. He is still with us and is a big part of the family.

I used to have bunnies when I was 8. I wasn’t that well educated in pets back then, so I never did my research and sadly they died after two or three weeks due to the poor diet and housing.

Somehow after all of that, I was able to convince my parents to get me two small ducks. One of them got killed by an animal at night. The other duck was called Quack Quack. He grew really big and we released him into a pond with other ducks.

Now that I’m older and way more educated in pets, I have  3 turtles. Two of them are really small about an inch long. Their names are Shelly and Sandy. The other turtle is about a foot long and is a rescue turtle. I’m planning on getting two ferrets soon  and hopefully, in the future, I would love to own more pets like frogs, snakes, and a bird.