Who was Mac Miller? 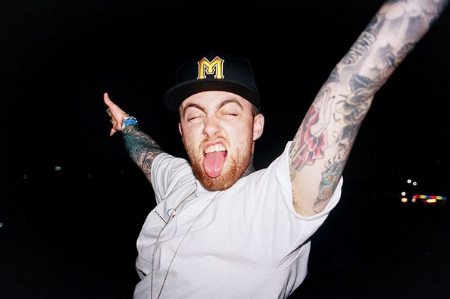 Malcolm James McCormick, professionally known as Mac Miller, was a famous singer/rapper. He was born in Pittsburgh on January 19, 1992. Unfortunately, Mac passed away on September 7, 2018, at the age of 26, from a drug overdose. Many fans were devastated, but many remain loyal to his music.

At the age of 15, Mac Miller decided to focus on making music.  According to the article “Mac Miller made it famous, but ‘Blue Slide Park’ has a long history” published by News Interactive, when he was 19, he released his first album, Blue Slide Park, which was named after a park in his hometown that was a big part of his childhood. In 2011, the album reached number 1 on the US Billboard 200 with 144,000 sales.

The next album he released was Watching Movies with the Sound Off in June 2013. The album featured Earl Sweatshirt, Tyler the Creator and others. It peaked as #3 on the US Billboard charts a month after its release.

Junior Emilsen Bonilla really liked this album.  “There are many good songs on it especially ‘Someone Like You’,” she said.

Mac Miller and Ariana Grande were good, long-time friends before getting romantically involved in 2016. They shared one huge interest: music. They both were featured on each other’s songs. In Mac’s album The Divine Feminine, Ariana was featured in the song “My Favorite Part”. In the article “Inside Ariana Grande & Mac Miller’s 2-Year Relationship: ‘We Worked Through Good and Bad Times’” published by People Magazine, it’s mentioned that after performing on stage together, they went backstage to share a hug. Ariana caressed his face and leaned in for a kiss, Mac didn’t waste any time and kissed her right back.

“It was great. There was no awkwardness or weirdness, it was how it always was,” said Mac Miller. Their relationship was very beautiful but unfortunately they had to split in 2018 because of their busy schedules. Their love for each other still remained.

“I think they were soulmates but right person, wrong time,” said Emilsen Bonilla.

According to the article “Mac Miller’s Last Days and Life After Death” by Rolling Stone magazine, a week before his passing, Mac shared a day with his friend Thundercat and Sanaa, his daughter. It was Sanaa’s birthday. They sang happy birthday to her and watched her favorite TV show. They were all happy.

On September 6, the night before he died, he was with his personal assistant around 10:30 p.m. and proceeded to call his mother shortly after he left. That was the last time anyone spoke to or saw him. The next morning, his personal assistant found Mac Miller inside his home, and he was pronounced dead at the scene. His death was due to an accidental overdose.

Mac had suffered with addiction for a while. His assistant was also his sobriety coach. He reported that Mac would have relapses at times, but that he was really trying to stay sober.

Fans were shocked and devastated upon hearing the news. Melanie Rodriguez said “It was very surprising. I was literally listening to his music the day before”.

Circles was released posthumously on January 17, 2020. In the album, Mac talks about growing as a person, depression, and other issues. It was an unfinished album that he was working on before his death but his producer, Jon Brion, finished it. “It’s a great album. It’s soothing,” said Kristine Upegui, a junior.