What do you know about gender identity? 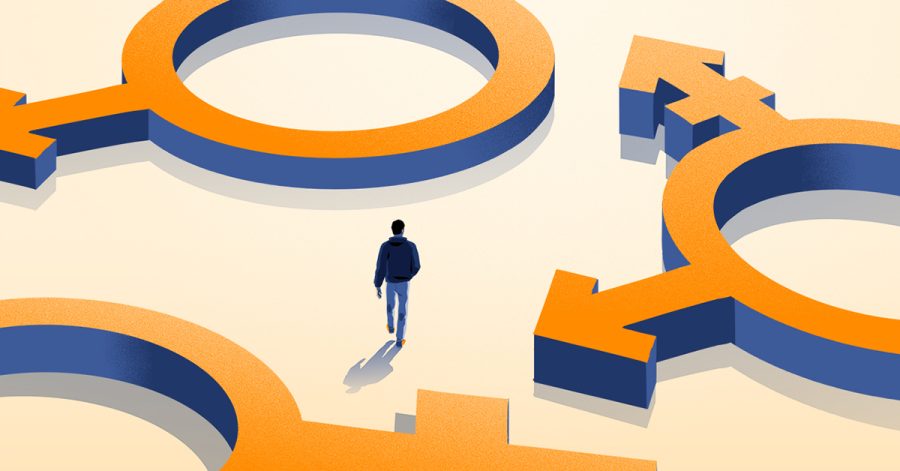 At first glance, people can look at you and can assume your gender by your clothes, hair, voice, and style. This can be very harmful to those who feel insecure of who they are and what they identify as. So, let’s dive into a deeper understanding of how the non-gender conforming community feels.

To be non-gender conforming means the way that people express themselves does not only count on masculine or feminine traits, but rather both or neither. This occurrence is much more common than you may think.

In fact, in an article titled “Gender identity, gender diversity, and gender dysphoria: Children and Teenagers” <https://raisingchildren.net.au/pre-teens/development/pre-teens-gender-diversity-and-gender-dysphoria/gender-identity>, it states that many gender-diverse children express their gender identity at around 2-3 years old. Kids would be visibly uncomfortable and would complain about the clothes that fit the gender “assigned” to them at birth. This is an example of gender dysphoria because they have a conflicting preference of clothing style which goes against their gender role.

As it starts at such an early age, dysphoria continues for years. Many teens struggle everyday with how they’re feeling with their identity and may feel misunderstood. According to the article titled “Shedding Light on the Experiences of LGBTQ Students: Sobering Data and Reasons for Hope” <https://www.wested.org/rd_alert_online/lesbian-gay-bisexual-transgender-queer-students-experiences-data/>, among 800,000 students surveyed from California, almost 14 percent of both middle and high school students identified as having a sexual orientation other than straight (about 111,000 students), and about 3 percent identified as someone whose gender identity did not correspond with their birth sex (nearly 24,000 students). A large majority feel out of place and out of touch with their identity.

Maison is an open trans male, which means he transitioned from a female to male. He is a sophomore here at Miami Senior High and he has some positive experiences here with his identity. “I do feel more comfortable here at MHS and I was able to get my teachers to call me by my name and my pronouns, but at home with Hispanic and religious parents, it just doesn’t seem to work out. They’re not open to it at all,” he said. “I like school because it makes me feel safer.”

Having anyone call you by your preferred pronoun means a lot and is basic respect to anyone. Maison also says that when he was just in elementary school, he felt out of place and not immersed in how the other girls felt and acted. He said, “I didn’t really connect with their overall experience. When I started hitting puberty, I started to get more uncomfortable with my body.”

People should always ask and be considerate of someone’s pronouns, without being disrespectful. “My pronouns have made me feel more comfortable in my own body and have given me a confidence boost,” Maison said, “I would like for others to know that it’s your identity for a reason.”