Getting to Know Mr. Carreno 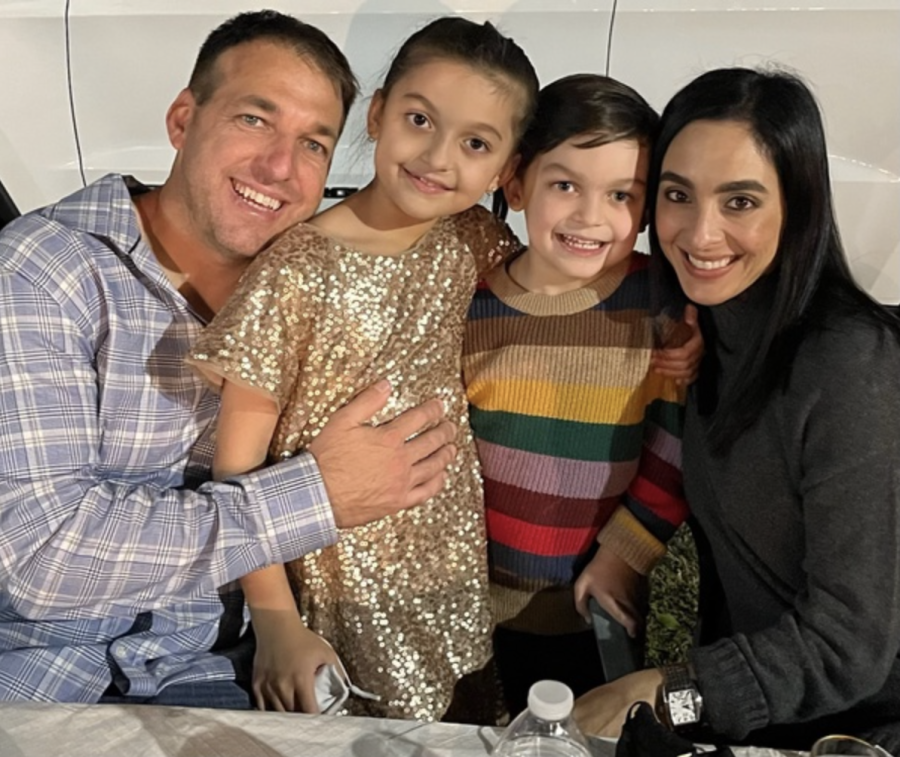 Carreno and His Family.

Mr. Carreno is an enjoyable and exciting teacher to have as he develops special and close bonds with his students and lets them know he’s there for them.

For Mr. Carreno, being a physical education teacher brings two things he is passionate about: a love for sports and a passion to work with students and make them better. Mr. Carreno says that the most important part of teaching is helping his students in any way he can.

Mr. Carreno says that each day he comes to work, it does not feel like an actual job as he always comes to school to motivate students and work with them. He wants his students to grow a bond with him, and to know he’ll always be there if there is a problem outside or inside of school.

After he graduated from college at 22, before coming to Miami High, he first worked at an elementary school called Bunche Park, where he worked for half a year. He says he genuinely enjoyed working with elementary kids and that it was an awesome experience as he laughed and played with them.

With a pandemic going on, it had its positives and negative outcomes with his family. One negative was always having to be stuck at home while trying to stay safe and not being able to go out. The positive outcome was that it reunited his family even more and made them feel closer to each other.

He has two children, an older daughter who is 8 and a younger son who is 6. To spend quality time with them, they play board games, build Legos, watch movies, go to the park, ride bikes, read, go to the beach and so much more.

Basketball has taken him all over the United States and some different countries. His one big setback was when he broke his hand and could not play after two months. When he was in high school, playing basketball was Mr. Carreno’s life.

Mr. Carreno hopes people know how hard he had to work in his young life to become successful as a player and coach. Some advice he would give students is that to achieve what you want you must work hard and focus on achieving your dream. He says you should set goals and always try your best while making sure you make those passes happen.

The former athlete did tons of sports growing up. He was involved in all sports as he was super competitive since he started playing his first sport at the age of five. He later moved on to football and basketball, but realized he enjoyed basketball more.

Mr. Carreno says that in basketball, because of all the action that is involved while playing, you must be consistent and always move around, which makes basketball his favorite sport.

He does not play sports anymore but says playing a sport is important as it instructs people about discipline, commitment, teamwork, competitiveness and passion. “Young people these days like taking shortcuts in life but want to succeed at the same time. Life does not work like that these days,” Carreno says.

A deep memory he has is when his two kids were born. He described how seeing his kids born was better than winning the state championships.    He explains how he wants his children to get involved with many things they genuinely like. Sports or not, he will support them in everything they do. Currently, his daughter is into art and basketball while his son is into tennis.

Mr. Carreno has many hobbies such as playing sports, reading, and travelling. He says that when you love a hobby, it should not feel like a daily chore and to be certain you love it. While doing his hobbies, he feels as if all his stresses and worries disappear. Ever since high school, he already set which hobbies he loved and has not changed them ever since.
Fun Facts About Mr. Carreno
Favorite color: blue
Favorite music: rap and R&B
Favorite rappers: Tupac and Biggie
Favorite movie genres: comedies
Favorite movie: “Remember the Titans”