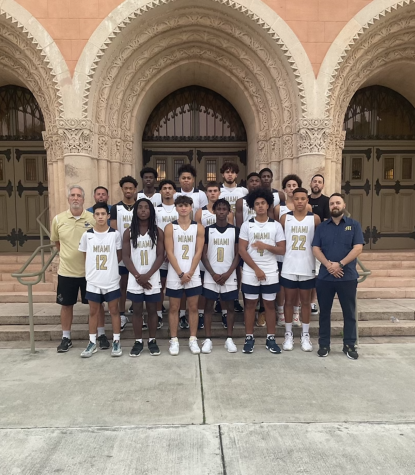 New head basketball coach Mr. Humberto “Tico“ Govea had good expectations for the Miami High basketball team this year. Their final record was 14-9, and in their division, they were 4-1 and that loss was to state champion Columbus. The best win for the team was 45-43 against Doral Academy in overtime. The toughest loss Miami High took this season was 57-53 against Southridge. It was a tough one because the Stings were fighting back but fell short. (by Joshua Guerrero)