Getting to Know Mr. Jimenez 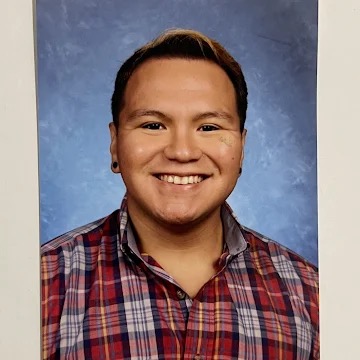 Miami High is a school full of new experiences and bonds, whether it’s with fellow students or even a teacher. Mr. Jimenez, from the English department, is a well-known teacher who tries to relate with his students and cares about them.

Mr. Jimenez, who grew up in little Havana, was indecisive in what he wanted to be growing up. There was a boy who was shot by his house during his last year at FIU, the boy was 15 years old, and this motivated him into doing something for his community. To start with that goal, he attended Miami Dade College and FIU. He enjoyed his time more in Miami Dade as he met more friends and was more sociable.

Mr. Jimenez was 23 when he first taught a class and learned within himself that he has patience when it comes to students, and it was a good experience teaching for the first time. He says, “Remember that you’re teaching humans who have emotions.” He’s only taught at Miami High School and loves his job. He also said that he never knows what to expect. He says teaching is like performing, “I have to give the same energy to all my classes and students.”

Club sponsor of the English Honor Society, Mr. Jimenez became a club sponsor as he’s always wanted to find students with the same interests as him. When it comes to greeting his former and new members, he’s always thought that it’s most important to greet them formally and with respect.

He enjoys being a club sponsor because he gets to talk about his favorite interests such as movies and films, and he gets to meet new people and socialize with them. Mr. Jimenez says that he most values the members of his club because they all get along with each other and they always have great ideas that surprise him. He loves hearing his members’ passionate debates and opinions over movies and films.

Not only is Mr. Jimenez a teacher at Miami High School, but he was also a former student. He says it was a fun experience, and his teachers were like his second family. He loved being recognized by people and felt connected with the teachers and students. It was like his second home.

As a student, he was a very active member in school activities, and he also became the president of the drama club which he enjoyed. He loved being a part of a school with such history and enjoyed seeing the school get all together when there were activities like homecoming and spirit week. He learnt compassion, responsibility, and how teachers really do care about their students.

A moment he remembers about high school is when his father was at the hospital, and he didn’t have time to finish an assignment a teacher gave him, so he copied it from Google and got an A for it. He went home and felt guilty, so he talked to his teacher about it and his teacher understood and gave him an extended time. “It was a huge moment for me that opened my eyes and made an impact on my life as it shows that teachers really do care about you,” he said.

Mr. Jimenez’s favorite hobbies are film and movies. He tries going to the movies weekly to laugh, cry, and feel some type of enjoyment. He grew up watching films, and it was something he and his dad both shared and enjoyed doing together. His dad would let him watch all types of movies so he could experience each genre. Mr. Jimenez mentioned how movies inspire him as they remind him of things he sees in a daily basis, and how it helps him realize how a certain person is acting and feeling.

His favorite movie is “The Godfather” and he enjoyed everything about the movie. His favorite parts were about how many different characters there were and how you could focus on them and see how important they were to the plot of the story. He also enjoys the main character’s transition from being an innocent person to his brother dying and him having to take on the role of the leader of the Mafia.