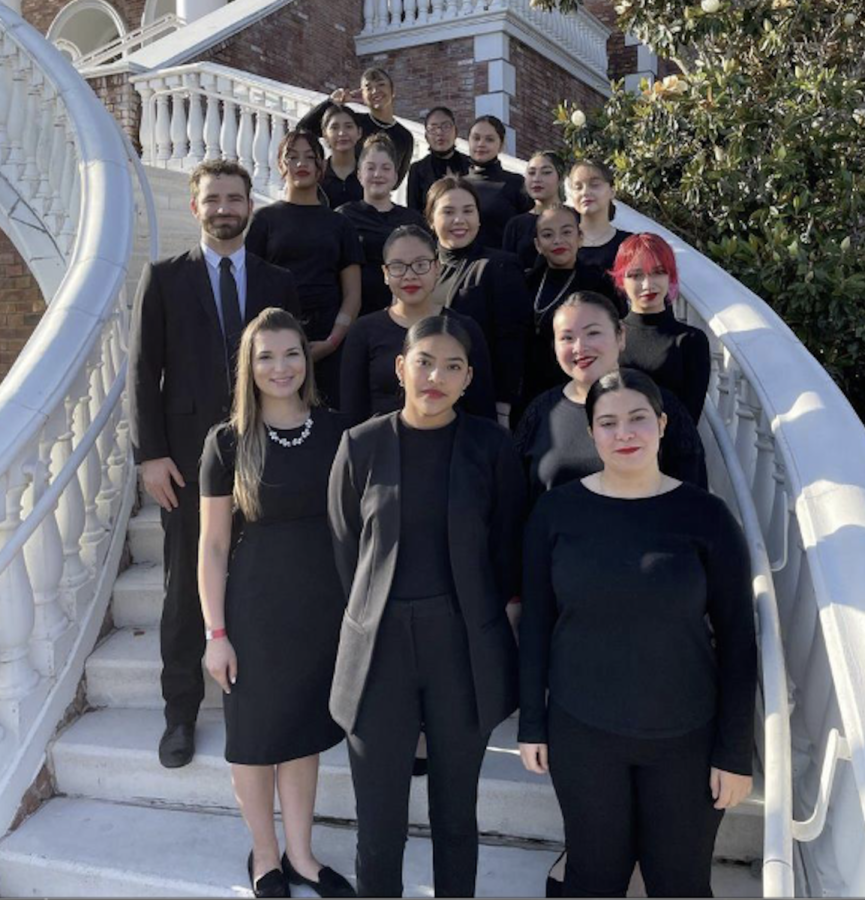 Ms. Cid, the choir director and chorus teacher at Miami High, reports that it was difficult to teach during the Covid-19 pandemic, but she was eager to return to the classroom as soon as she arrived physically for the 2021-2022 school year.

Some big triumphs for The Miami High Singers this year were the first-ever Straight Superior rating at State this year; four choirs made it to state; one singer made it to State Solo. The Ensemble and one of the small ensembles received a superior with distinction at State Solo, as did one of the vocal duets, both of which were featured in the Honor’s Concert.

Throughout the year they have won every championship title in choir. Some students she would like to recognize are Alyssa Gutierrez and Paola Pomareda, who won Superior with Distinction in Vocal Duet. Tess Berrios, Matthew Rodriguez, Anthony Bermudez, Alyssa Gutierrez, Paola Pomareda, and Alain Diaz who all have received Superior ratings for their vocal solos at State Solo & Ensemble. In the fall semester Alain Diaz won the solo competition for the Caroling Competition.

FLACDA conference, All-State conference, State Solo & Ensemble, and State Choral Evaluations are some of her favorite memories. She has big plans for her choir students for next year because they have been invited to perform at Carnegie Hall in New York City. The fact that she and her students share so much through the music they sing is the best part of choir, she said.  “We understand each other without having to explain ourselves, and as a result, we are a choir family and we will always support each other,” she explained.

Some of her seniors will graduate and go on to major in music. That is exciting and a huge deal for her, she said. The choir will be performing in the graduation ceremony for seniors, singing the traditional pieces to Miami High (National Anthem, Miami High Alma Mater and The Lord Bless You and Keep You). “We are also excited to feature Elaine Hagenberg’s “You Do Not Walk Alone,” she said.