GSA: A Safe Space Everyone Can Enjoy 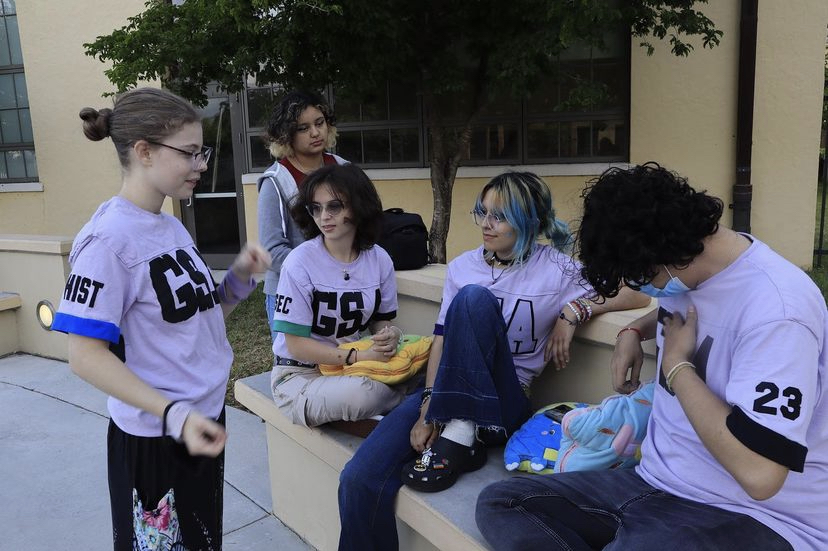 GSA members ready for the field trip to the Congregational church.

Achievements: GSA brought the club back up because it was very inactive. The club finally did the mock weddings which were really successful. It was like a comeback of sorts. They started doing meetings again and did a social with more to come.

Major events: Mock wedding, the social. GSA is planning an end of the year event.

Obstacles: Getting people to become more active because they have a lot of members in paper but some people haven’t showing up to meetings. Trying to organize new events

How has your club changed: Not much at the beginning of the year. Now it has been more active and they have gained more members.

How has the club influenced the school: Created a safe space for the lgbtq community and a place for people to come learn about the community like allies.

How many members compared to the start: 2 to 60 on the official roster

How has GSA reacted to the Don’t say gay bill: members have been frustrated because it’s unfair that they are trying to stop lgbtq topics in school since Percy believes it is essential to teach it especially since homophobia and transphobia is still big today. One time, the club wore purple to protest the bill and they went on a field trip to a congregational church in coral gables which they also talked about the don’t say gay bill.

Future events: End Of The Year Drag show. During or afterschool. Senior farewell for senior officers. Few more socials before the year ends.

Future changes: The school and some piers aren’t very accepting of the club. Teach staff and administrators to respect pronouns and preferred names.

Whole school year: The club has been doing good and percy feels like they are working to create a safe space for the students in the high. Not at the point where they want to be but it is a really good start.