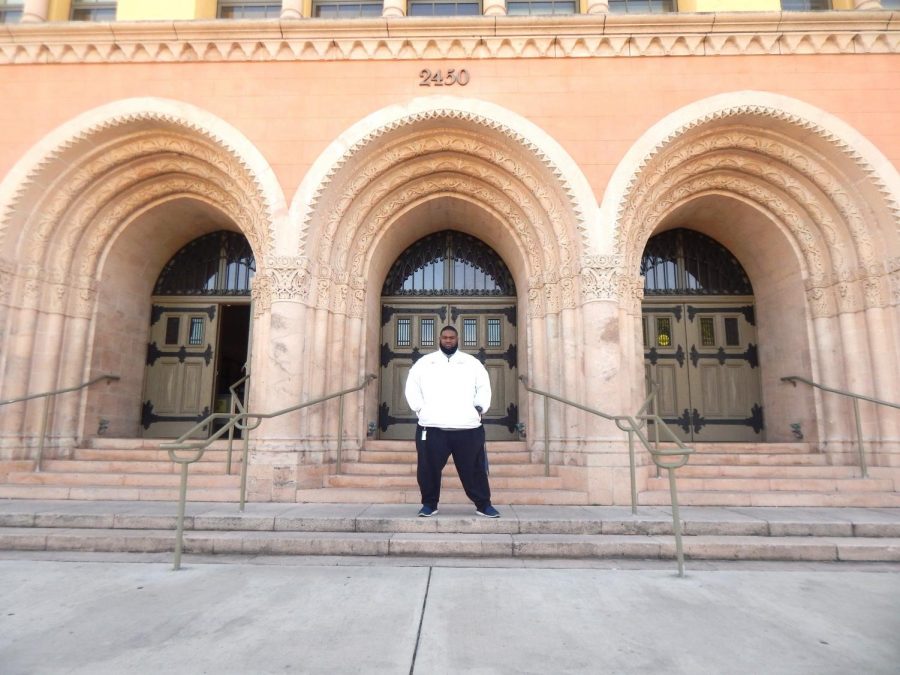 Do you know that big guy that always greets us when we walk in? He is in front of the attendance office and checks everyone who comes in. Some students call him ‘Big A’, but his name is Adrian Irwin, and he is the first security line at our school.

“Since I was young, I have been called Big A,” Adrian commented. “I don’t think that there is something wrong to it. I have always been a big guy, so students calling me Big A is fine. I don’t find it disrespectful.”

Because of the new security protocols in all Miami Dade County Public Schools after the Parkland shooting, there is now a new security point where every non-student or non-staff visitor must be checked to get in the building. That’s where Big A comes in. He is our main security guard, or as he calls it, our gatekeeper.

He is the man that oversees the ‘Raptor System,’ which is a background check for visitors, and he decides if the visitor comes in or not, depending on if the visitor has a criminal record. If a parent has charges of domestic abuse or has a restraining order, Big A can keep them from retrieving their child.

He also has an emergency button that alerts the school principal and the school board command headquarters if something happens.

Adrian has been here at Miami High for 3 years now, and he loves his job. He says that both the staff and the students are awesome. “I have never been part of a family like this before,” he said. “This school is really something else.”

But not everything is perfect. “I don’t like disrespectful and disobedient kids,” he said. “There are also visitors that give attitude.”

Regarding the new school restrictions that have been implemented because of the shooting at Parkland, he said, “I don’t worry about something like that happening at our school. What happened to those young kids who never got the chance to live their life out, it’s horrible, but it calls for our attention to what is really going on. It’s not only school security. It’s people that are lacking the knowledge of what is going on in school security. The majority of the people that are part of the school system are not really trained for stuff like this.”

Adrian wasn’t a Sting back in the day. He went to North Miami Senior High and graduated with the Class of ‘97’. He went to Miami Dade College to study Criminal Justice at the same time as he was volunteering at North Miami as an assistant football coach. He later ended up being the football coach at his alma mater for several years.

Later he went to North Miami Beach Senior High where he was a security monitor and coached girls’ volleyball, baseball, and football. Then he was summoned to Miami High by his former high school coach Mr. Graham, Miami High’s current athletic director.

Because of his love for sports —and also for some extra cash —in his free time he also works as a sports officiator. He works with football and baseball, both at the youth and high school levels.

Adrian has two step kids whom he loves dearly. Their names are Daniel and Kayden; he drops them off and picks them up from school every day.

Big A has been in the school system for more than 20 years, and now that he is 40 years old, he sees himself retiring in 10 years.

He would love to finally go to Hawaii and go scuba diving and fishing as he never has done either. He also would love to go sky diving, although he thinks that probably wouldn’t be a good idea.